What Are My Options for Laser Resurfacing?

If you’re considering laser resurfacing and you’ve started doing your research, chances are you may have come across some confusing terminology.  Laser resurfacing is immensely popular today, but not all procedures or devices are created equally. This wasn’t true when it first came out; but today, you do have several options to choose from.  At Celibre Medical, we have a few different types of resurfacing lasers. This helps us better tailor a treatment that perfectly fits your needs.

Laser resurfacing is a term that broadly describes a procedure in which a laser is used to injure the skin in a controlled manner. The goal of resurfacing is to produce younger-looking, tighter, fresher, improved skin texture and tone. It is a procedure that can help many skin conditions including acne and traumatic scarring, aging skin, fine lines and wrinkles, and improve pore size. 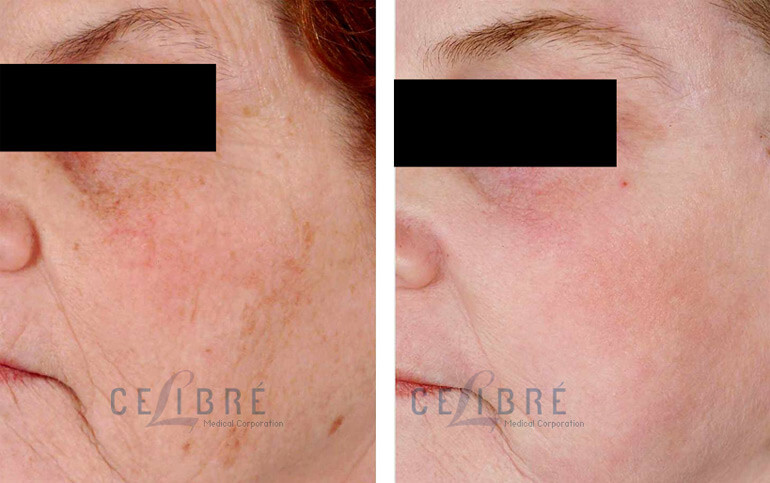 Laser Resurfacing Before and After Pictures

Traditional laser resurfacing was first introduced in the 1990’s and involved the use of the CO2 (carbon dioxide) laser. It was a deep and aggressive resurfacing procedure that removed the entire top few layers of skin. It required general anesthesia, had a very long recovery period of several weeks and unfortunately, carried the risk of numerous side effects such as infection and permanent changes in the color of the skin (lightening or hypopigmentation). Despite all of this, many people saw incredible results from these procedures and laser manufacturers began to develop technologies that could give similar results without all the downtime and potential risks.

Out of this effort came fractional laser resurfacing. The term fractional is exactly what it sounds like. The beam of laser light is divided into many smaller, individual beams. Imagine shining a flashlight through a colander…it’s the same concept. This allowed for some (not all) of the skin to be damaged by the laser. And by leaving those small “islands” of normal skin right next to the damaged areas, the healing times were drastically reduced to days instead of weeks. At the same time, fractional resurfacing reduced the risk of complications and unwanted side effects compared to traditional full field resurfacing.

Most laser resurfacing procedures are ablative, which means that they remove all or a portion of the skin. Laser researchers began wondering about ways to build lasers that simply use heat to do the same thing as ablative lasers, but not actually remove skin. With this research, non-ablative laser technology was born. Non-ablative lasers can also be  fractionated, but they produce small columns of thermal energy in the skin. This works to stimulate collagen but has no downtime after treatment.

If you’re wondering which type of laser can give you the most dramatic results in one treatment, it is still the full ablative CO2. Ablative fractionated treatments are good, but you still may need more than one depending on how aggressive it is and what your underlying skin condition is. Non-ablative fractionated treatments produce the least impressive results (per treatment), so a series of treatments is always recommended, but many people like the option of having no downtime, so they accept them as a good alternative.

Each treatment offers its own benefits and limitations. In a free consultation, we can help you decide which of these is right for you. Remember, it isn’t just the device that matters! The expertise, skill and knowledge of the person using the device matters too!