What is Fractional Laser Resurfacing?

In the 1990’s or early 2000’s, when you heard the term “laser resurfacing” it meant one thing: a major procedure loaded with common side effects and a rather lengthy recovery.  The CO2 laser was the only technology available for this procedure and it was “full field” which meant that the skin at the treated area was completely removed.  This version of resurfacing was not an option for anyone with darker skin types (colors) meaning that for many patients, there was no option at all!

Thankfully, laser resurfacing is much different! In 2005, fractional laser technology was introduced.  This new type of laser resurfacing revolutionized the procedure and addressed many of the problems and limitations of the earlier version. 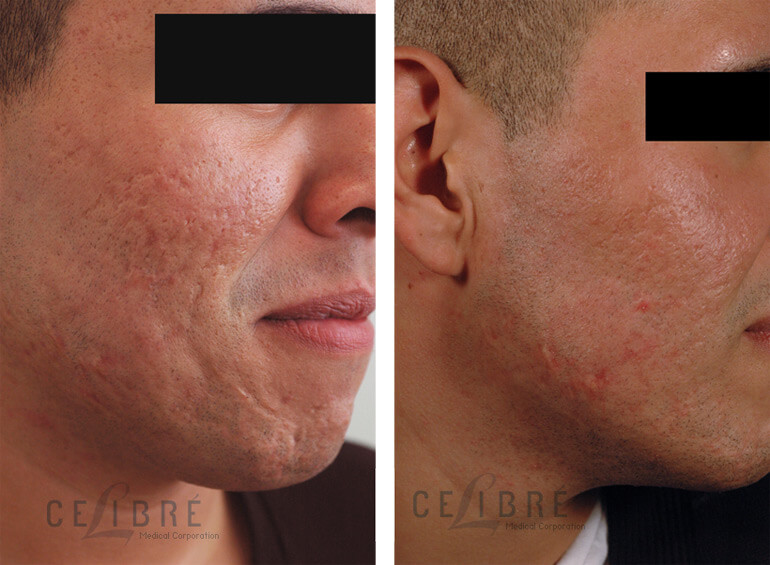 Fraxel was the first “fractional laser resurfacing” technology. Fractional treatments mean pretty much what they sound like: only a fraction of the entire skin surface is treated. While you might think this sounds like a less effective treatment, it isn’t! In fact, the researchers developing this technology found that they could get comparable results with fractional treatments to full field resurfacing without many of the side effects.

So, how does fractional laser resurfacing work? It creates a grid-like pattern of microscopic perforations in the skin. The “density” of these perforations is customizable and means that a lighter treatment may mean only treat 10% of the skin, while a more aggressive treatment can be more on the order of 50 – 70%.  The technology works sort of like passing the laser beam of light through a filter (like a strainer) that divides one single laser beam into lots of little tiny ones.

What happens when these beams of light hit the skin? They are transformed to heat energy, which precisely injures the skin by vaporizing it! This process creates an injury which forces your skin to recover. As you heal, you’ll form new collagen and elastin in your deeper skin as well as new skin surface. The overall effect is smoother, tighter, brighter and clearer looking skin!

Here are the major advantages of fractional laser resurfacing:

Overall, fractional laser resurfacing is an excellent treatment if you are looking to treat acne scarring, fine lines and wrinkles, want refinement of large pore size, and/or overall skin rejuvenation.  Call us today to learn more about the Scition Profractional laser.