What is “Frosting” and Why Does It Happen in Laser Treatment of Sun Spots?

A q-switched laser uses a powerful beam of light energy that delivers both heat and a sound-wave to its target, physically breaking apart pigment. In...
Home / What is “Frosting” and Why Does It Happen in Laser Treatment of Sun Spots?

You may have heard of or read the term “frosting” when researching laser treatment for age spots, tattoos or brown birthmarks and thought, “that sounds strange?” And while “frosting” typically conjures up visions of birthday celebrations or winter windshields, in the laser world, it’s a term that we use to describe what we see happening in the skin as it’s treated with a q-switched laser. It has nothing to do with dessert or freezing and everything to do with appearance. When we see a thin, white layer or “frost” on skin that’s just been treated with laser, we know we’re in the sweet spot—no pun intended! Let us explain a bit further. 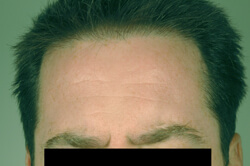 A q-switched laser uses a powerful beam of light energy that delivers both heat and a sound-wave to its target, physically breaking apart pigment. In the case of tattoos, age spots or brown birthmarks, this target is melanin or pigment in the skin. As melanin is broken up, the process creates a reaction of sorts that triggers the release of gas that becomes trapped beneath the skin’s surface. This trapped gas looks like a layer of white frost, and this is how the term “frosting” came about.

The phenomenon of frosting is completely temporary. The “frost” completely disappears within several minutes after treatment. However, it’s an important marker for a laser practitioner to see because it tells us two things: we are hitting our intended target, with the right energy and speed and we don’t need to pulse or treat the lesion any further once it appears. Frosting during laser treatment is a visual sign that gives us instantaneous feedback about how effective our laser settings are and when we can stop treating a pigmented lesion.

So, what happens after frosting from a patient’s perspective? The frosted appearance quickly fades and most patients describe a slightly crusty or flaky appearance of the skin after laser treatment. This usually lasts anywhere from 4 to 7 days (for the face). The treated areas may look and act like light scabs, but what’s really happening is that the treated melanin and melanocytes are rising to the skin’s surface to be sloughed off and replaced by new, healthy skin. This process of skin regrowth and rejuvenation is how lasers work to remove pigmented age spots, birthmarks, freckles or brown, flat moles. It can take repeated treatments with the laser to completely fade or remove these spots because the skin must regenerate slowly over a period of time.

Q-switched lasers offer a great solution to the problem of unwanted brown, pigmented spots. There are options that involve treatments that don’t produce frosting, but these tend to be a bit slower and take more treatments over time to give the same results. Whichever treatment method you chose, we can provide you with expert care and will walk you through your treatment process step by step.

* Sun spots and age spots before and after pictures