Botox vs Dysport: Which is Better?

Overview | Treatment | Before and After Pictures

The short and sweet answer to this question (in our view) is that one is not significantly better than the other. They are both safe, effective products that are used for the most common aesthetic procedure performed in the U.S. today. Most people have just simply heard of Botox more since it’s been around longer. But we are seeing this change almost daily. Since it first came out and was FDA approved in 2010, Dysport has been making quite a name for itself, and today, it has quite a nice following. If you’re not familiar with Dysport, let us tell you a bit more about it. 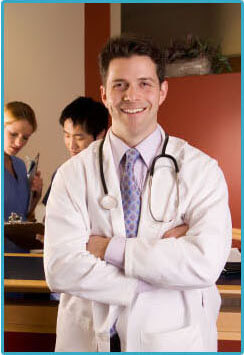 First, Botox and Dysport are both botulinum toxin type A products. This means that they are extremely similar in the way they work; their main difference comes from the way they are manufactured. The process is slightly different for each but produces something remarkably similar. Let us explain it to you this way: think of each as a Macintosh apple. Now imagine that one is grown in Washington state and the other in Oregon. Make more sense to you now? The reason for this is that the company that makes Dysport, Galderma, must do it differently in order to avoid patent infringement with Allergan, the makers of Botox.

If we had to give a slight edge to one product, then we’d give it to Dysport. Although we have found that our patients have the same, great results with both, those who’ve had both injected tell us that they feel Dysport kicks in a bit faster than Botox. We have also noticed with our patients that we need to use less Dysport in the forehead area than Botox. Why would that be important to you? Because less product means less cost to you. So yes, our patients who have their foreheads treated with Dysport save a bit more than those who use Botox.

What we like best about Dysport though, is that now our patients have an alternative to Botox. More choice is always good! This healthy competition has created a wealth of incentives for patients considering these injections. This is always good when companies vie for business; over the past seven years, there have been several Dysport promotions that encourage Botox users to try it. And believe it or not, many patients stick with it and prefer it over Botox. Today, both companies offer rewards programs that incentivize product loyalty and over time, save you money on your treatments!

With all of this said, we will still tell you that in our experience, both Botox and Dysport produce happy patients who all generally experience the same skin-smoothing effects for roughly the same amount of time and all of this with little to no risk of an adverse outcome. In short, our patients love both!

Now that we’ve discussed the question of which is better, many people wonder if you can use Botox and Dysport in the same exact way. The answer to this question is yes. In aesthetic medicine, we talk about the face in thirds. There is an upper third (between the eyes and forehead), a middle third (around the eyes and cheeks), and a lower third (the mouth and chin). Typically, we stick to using products like Botox and Dysport in the upper and lower third of the face. Both products work very well in these areas and we see a dramatic, yet natural relaxation of the muscle groups treated with both for about a three to four-month period. Both products will produce results that when used consistently, will produce a sustained effect over time, meaning that they can use fewer products at the same interval and continue to look just as great!

Here are a few of the procedures that Botox and Dysport can be used for in the upper third of the face:

In the middle third, Botox and Dysport can be used to treat:

Botox and Dysport treatments for the lower third of the face include:

How Does the Price of Botox and Dysport Differ?

Botox and Dysport are priced differently per unit. However, when dosed appropriately, the price of both treatments is generally comparable. The only instance where this doesn’t hold exactly true is in the forehead. As we discussed above, many of our patients spend less to treat their forehead with Dysport as we generally find that we need to use less product.

So, this brings us to an important point. Many people simply just “shop around” for the cheapest per unit price of Botox and/or Dysport. We would like to warn you about a couple of different pitfalls that we know happen to folks that do this. We’ve unfortunately had many patients return to us after going somewhere else for “cheaper” products because what they ultimately got was plain-old inferior service and bad results. Remember the cost for your Botox and Dysport also includes your overall experience, not just the product itself.

Also, if the price per unit is super cheap, you might be getting a product that isn’t made here in the U.S. Not only is this illegal, but it’s also just dangerous! When ordered outside of the country from a distributor, instead of directly from the manufacturer, who knows what exactly you’re getting in that vial. If the injector you’re seeing is willing to take that kind of a risk, what other corners are they willing to cut for the sake of their bottom line?

Lastly, remember to ask how many total units you’ll need, as many injectors offer cheap Botox/Dysport per unit, simply just use more units. This not only translates into a potentially higher cost for you than you really need, but it also means that you may run a higher risk of having something unwanted and bad happen as the result of having too much drug. Remember, these are drugs that need to be dosed appropriately, and even though Botox and Dysport are wonderful products, this example is literally one of “too much of a good thing”.

Regardless of whether you chose treatment with either Botox or Dysport, they are both equal in safety and efficacy. Ultimately, your goal isn’t to choose one over the other, but rather to find a highly trained, skilled injector who can lay out a detailed and individualized treatment plan with the product that is right for you.